How to Play Pai Gow Poker in Las Vegas

Pai Gow Poker (pronounced pi gow) combines the elements of the ancient Chinese game of Pai Gow and the American game of poker. A relatively slow-paced game, Pai Gow Poker is played with a traditional deck of 52 playing cards, plus a joker. The joker can be used only as an Ace, or to complete a straight, flush, straight flush or royal flush.

How to Play Pai Gow Poker

The Pai Gow Poker deck will consist of 53 cards which includes a Joker. The Joker is wild when used in straights, flushes and straight flushes. If used alone the Joker becomes an Ace.

The dealer shuffles his deck and then proceeds to deal seven stacks of seven cards each, face down in front of the dealer's tray. The dealer checks that exactly four cards are left over, then places those cards in the discard holder.

Delivering the Cards: The dealer then shakes the dice cup and rolls three dice. Before the dice are uncovered, all bets must be in the betting circle. The total of the dice is used to determine which player receives the first set of cards. The dealer counts counter-clockwise from the “chung” (or marker), which indicates who the banker is. The cards will then be placed by the dealer in front of each player-including the dealer-in a clockwise rotation from the starting ping indicated by the dice. In Pai Gow Poker, the Banker's position is always 1, 8 or 15.

Note:
The only requirement in forming the two hands is that the second highest hand must contain only two cards and must be a lower ranking hand than the hand containing five cards. If this requirement is not satisfied, the hand is declared a “foul hand” and the wager is automatically forfeited.

Did you know... If you need help in arranging your hand, the dealer will be happy to assist you.

Winning hands are left lying face up next to the betting circle. For losing hands, the wager is picked up by the dealer and the cards are placed in the discard holder. Losing wagers are set in the center of the layout. If the player wins one hand and loses the other, this is considered a "push" and no money exchanges hands. This is what makes Pai Gow Poker slower than other games of chance. There are frequent rounds (up to 40% of rounds) in which no one wins and playing time is simply extended.

To win your bet in Pai Gow Poker, you must win both hands. Both your High hand and your Second Highest hand must beat the banker’s(House) High and Second Highest hands.
If both hands rank lower than the bank hands, you lose your wager.
If one hand is higher and the other is lower, then the wager is a tie (“push”) and no one wins or loses the bet (no money exchanges hands).
In order for money to exchange hands, both the second highest hand and the high hand must either both win, or both lose.
The bank always wins if the hand is identical.

If the player wins one hand, but loses the other, this is considered a "push" and no money exchanges hands. Winning hands are paid even money, less a 5% commission. Losing hands lose the money wagered.

Poker ranking procedures are used in determining which hand is higher. Any exact copy hand (tie) will be given to the banker. Exact copy hands occur when both the player and the banker's cards (in either the two-card hand or five-card hand) are the same value.

Payoffs are even money, and the house collects a 5% commission on all winning wagers. Losing and push hands will not be charged a commission.

Pai Gow Poker Tips & Strategy
Here's a great tip from expert player Matt Villano to avoid losing in a streak
Every casino table game can get streaky, pai gow is no exception. Because the push rate is so high (again, north of 41 percent), it's a good rule to leave the table if you lose three hands in a row. Strategy-wise, you should generally try to create the highest two-card hand that you can. Most times, your remaining cards will still form a higher five-card hand.

This website encourages you to play responsibly by betting within your limits and by recognizing that over time the house will come out ahead. 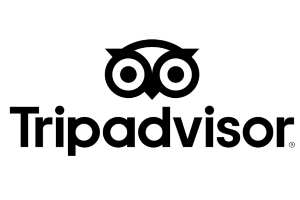